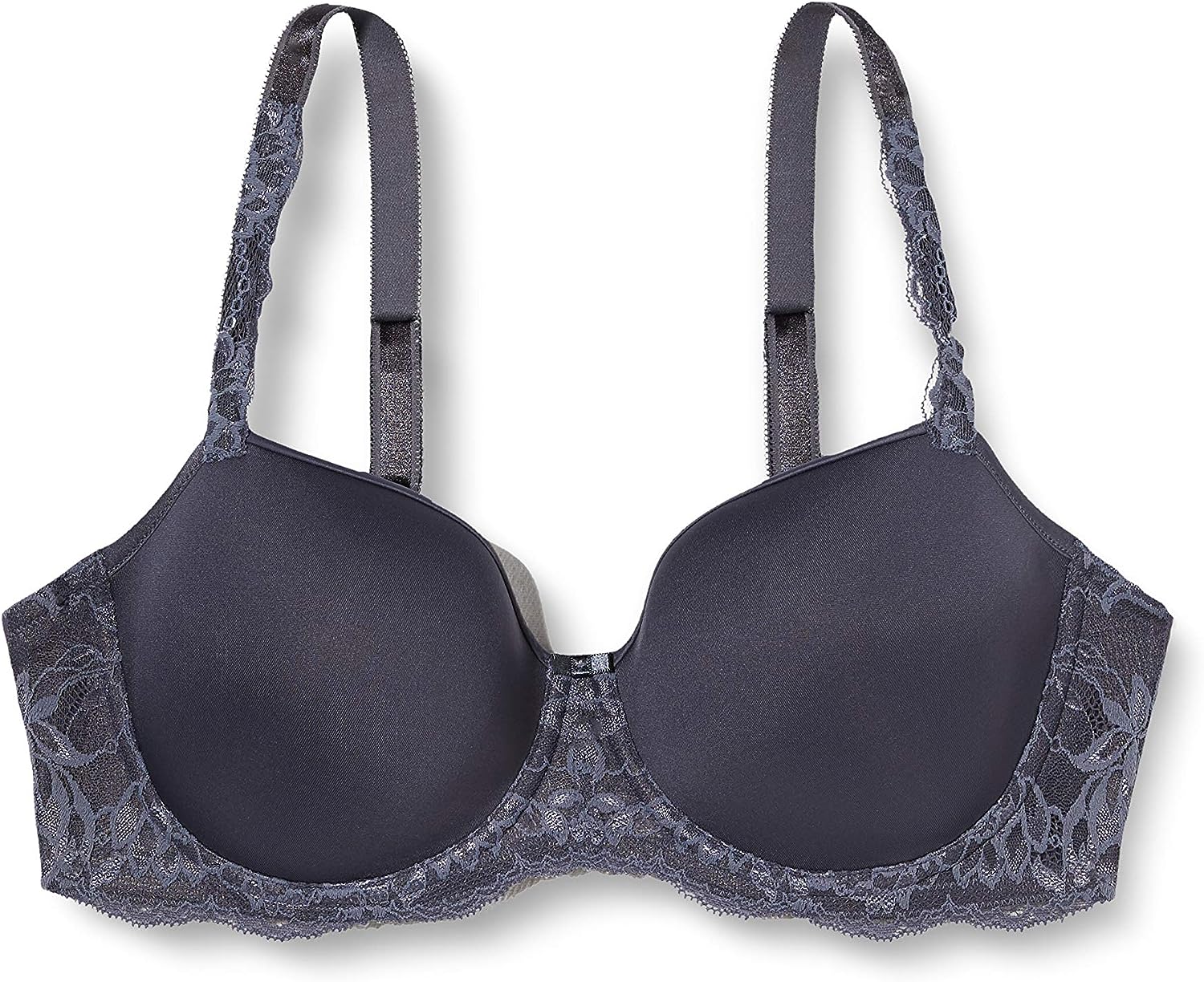 Timelessly elegant, this bra from the Amourette Charm series by Triumph provides optimum support and highest wearing comfort. Smooth padded cups give a sleek appearance under clothing, while the lacy inserts provide a delicate pretty touch. The adjustable straps, and hook and eye back closure, ensure that you get a perfect fit that is just right for you. The bra is available in plus sizes, and can be teamed with stunning items from the range for an all over glamourous lingerie look. 45% Polyester, 34% Polyamide, 21% Elastane. Product No: 10179990