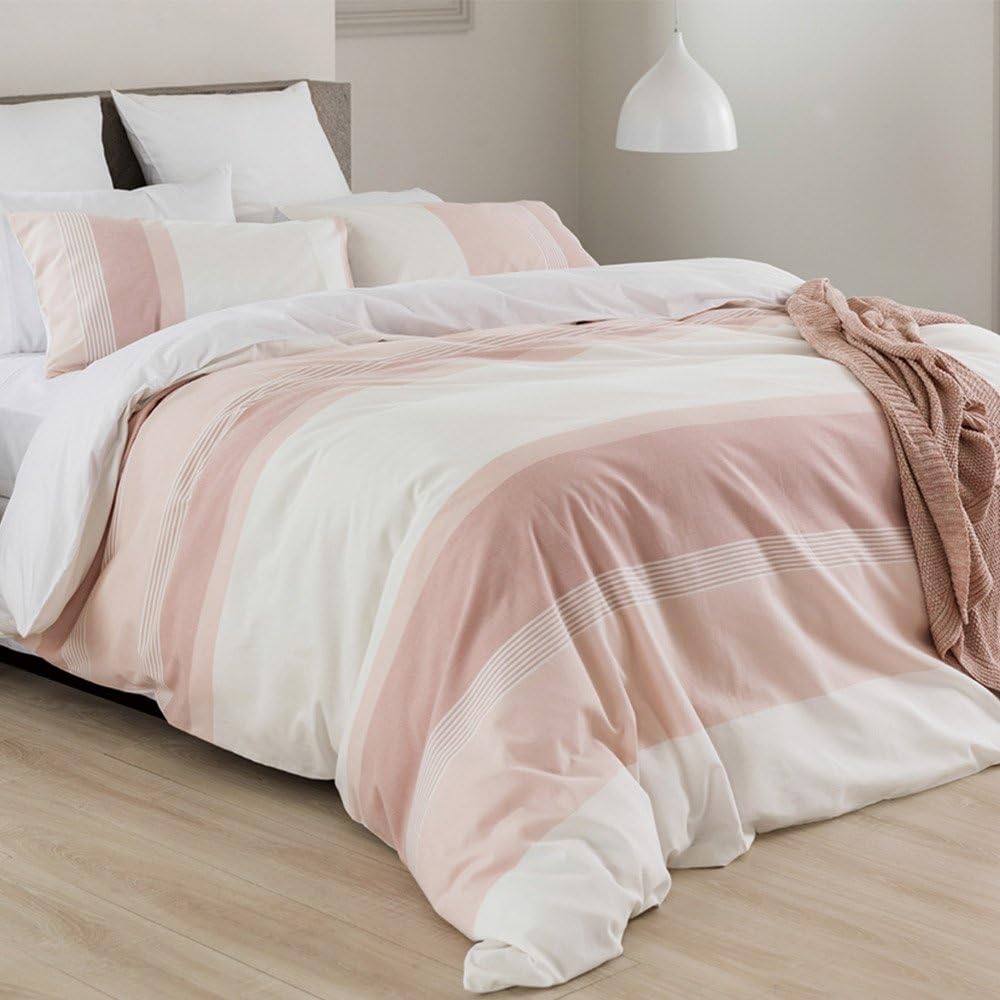 Merryfeel is brand focused on the intersection of modern design, affordability and community. Everything we sell—from tablelinen to bedding and bathrobe—is made with one goal to help our customers express their personal style at home and in the world. We're international and sell Merryfeel product anywhere in the US,UK, Europe and to over 90 countries worldwide. Basically, we're everywhere you are. We care about impact too.Our design team has steadily increased our selection of organic, handcrafted, sustainably sourced from all over the world products. There's a story behind everything we sell—one that starts in Merryfeel and lives on with you.

The set affords a sureme softness and a smooth feel,as well as offering enhanced breathability to keep your temperature regulated while you sleep.

Turn your basic comforter into the super stylish focal point of your bedroom.

Add a touch of modern luxury to your room with this pretty yarn dyed stripe that is crafted from sumptuously soft cotton. With a hint of grey blue and tactile by nature, it evokes a relaxed feel.

One of the easily and most comfortable ways to quickly update the style of your bedroom is to change the bedding.With duvet covers, you can change the look of your bed and room without having to completely redecorate.

Classic stripes will always keep bedroom interiors looking fresh and vibrant, transcending seasonal trends to impart timeless appeal. Our Varied Stripe range is finished off with button fastenings for a relaxed look that lends a feeling of comfort and ease.