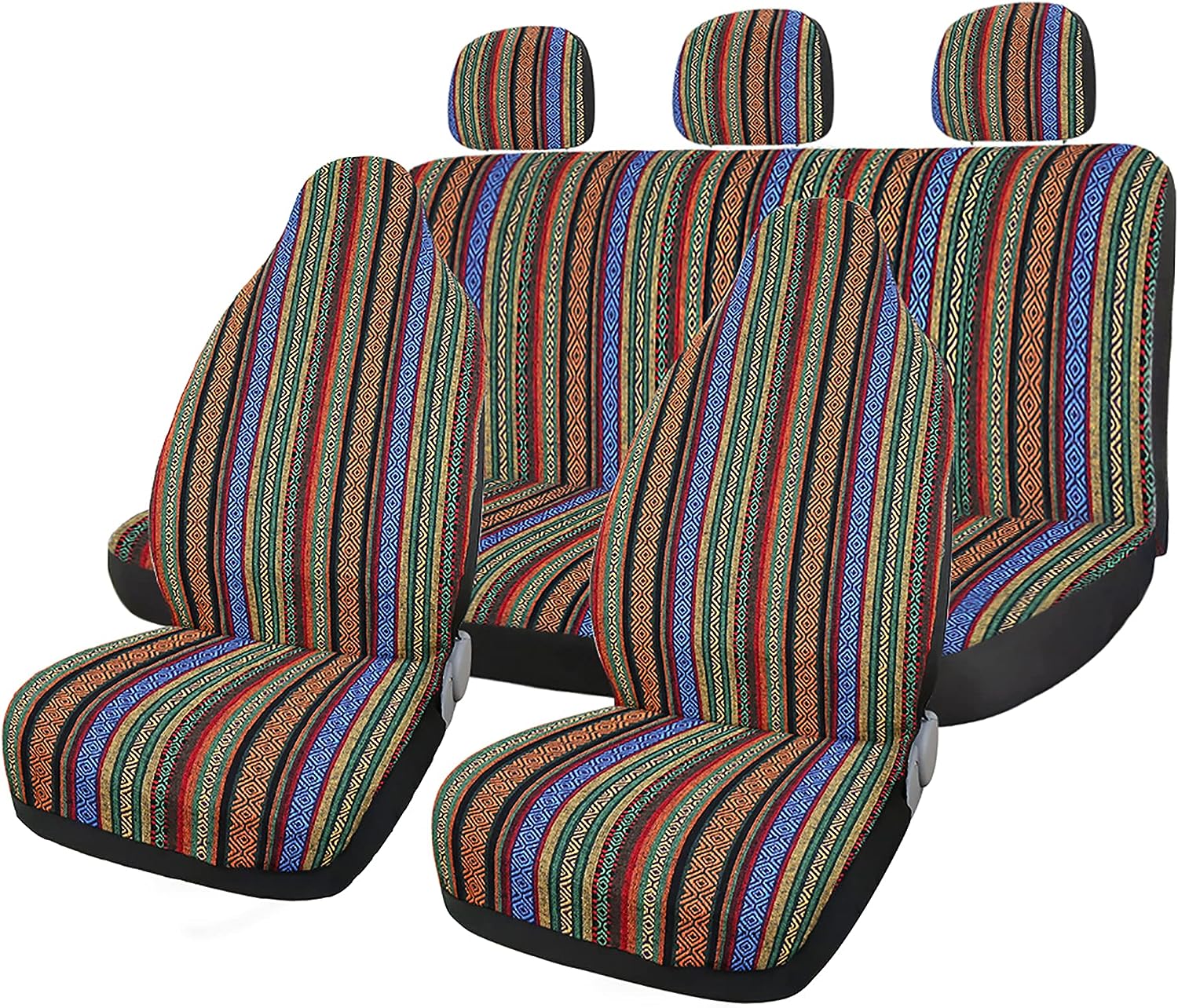 2. Pull the flag completely through the car seat crevice separating top and bottom of seat.

4. Tighten the seat cover flag , Attach the elastic straps with hooks on the back of the car seat, smooth to fit